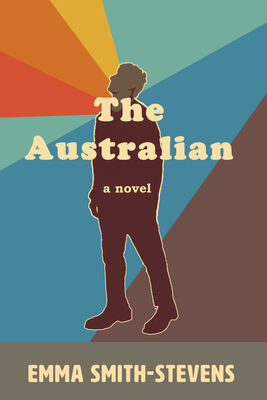 By Emma Smith-Stevens
Email or call for price.
Special Order

In her humorous and emotionally resonant debut, Emma Smith-Stevens follows the exploits and evolution of a young man--known only as the Australian--over the course of a dozen years, from his time in Melbourne, posing as Superman for tourist photos, to his life in New York, where he spends years unemployed before stumbling into fame and fortune. Recently married to a woman he barely knows and struggling to forge a relationship with his newborn son, the Australian returns to his home city to tend to his dying mother and unlock the mystery surrounding his estranged, deceased father. His journey leads him to the Dreaming Tracks--sacred landmarks across Australia--to sites inspired by his father's Australian Outdoor Geographic magazines, and beyond. A poignant and at times satirical meditation on masculinity, fatherhood, isolation, New York City, fame, and loss, The Australian examines the way we come to know each other, and ultimately ourselves.

Emma Smith-Stevens' writing has appeared in Subtropics, Conjunctions, Day One, Wigleaf, Joyland, and many other publications. She holds an MFA from the University of Florida and has taught fiction workshops, literature, and composition at the University of Florida and Santa Fe College in Gainesville, FL. Originally from New York City, she lives in New York's Hudson Valley with her husband and their two dogs.